Posted May 11, 2016 by audrey under Tips and Tricks, Uncategorized

This post is really just a list of special considerations for those with kids that can be added to my Meal Plan Like a Boss post. As much as I wanted my kids to be extremely cultured when it came to food and despite my best attempts, they are still kids and still finicky about eating some things. While I haven’t found a completely fool proof method (other than exchanging my children for robots) where my kids always eat what’s put in front of them without whining, these tips have significantly decreased those occurrences. Unless you live in Stepford, when it comes to feeding kids, that’s about as good as it gets. 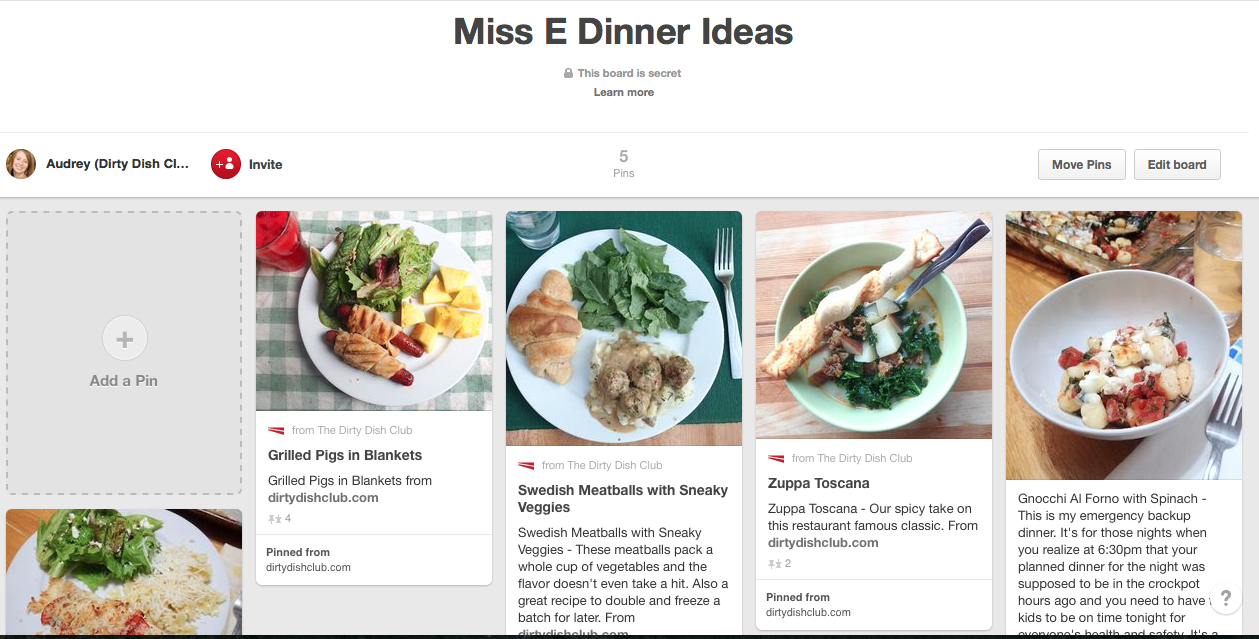 Include kids in planning. My kids are little and one of them is on the Autism Spectrum, so asking them what they want for dinner and expecting them to come up with an idea out of thin air is pretty unreasonable. They are however, really good with pictures. I like to use Pinterest for these visuals. I’ll pin a bunch of recipes that I think they’d like and I’m willing to make to a special board just for them. Then I show it to them and ask what they would like to eat for dinner one night that week. My kids love this, not only do they feel like they’re part of making important decisions in the house, but they now have at least one meal to look forward to. 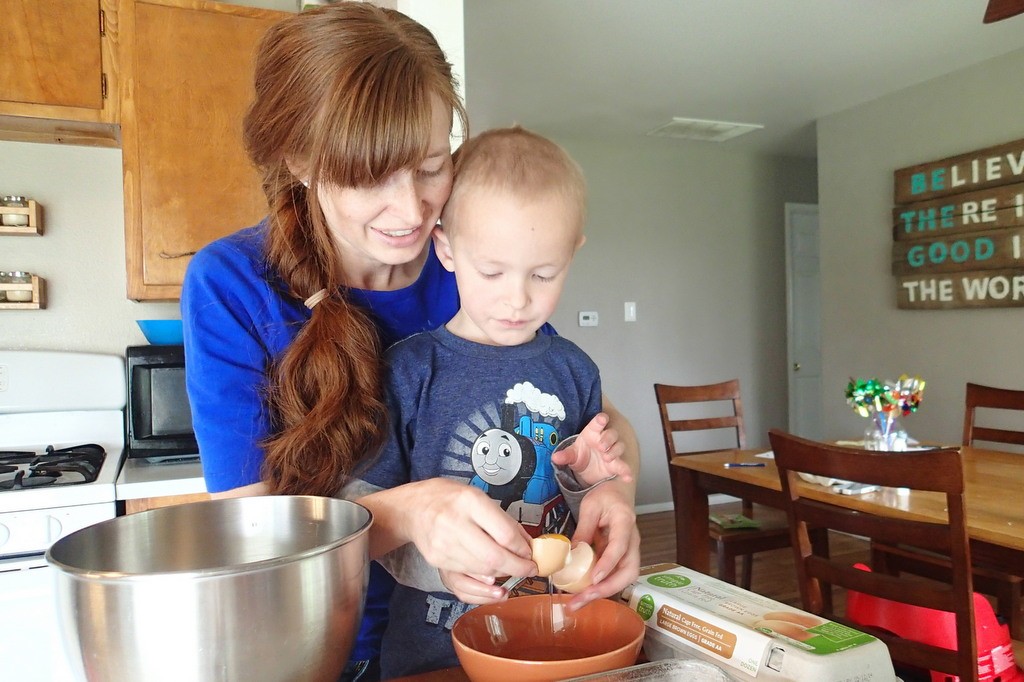 Include kids in preparation sometimes. There’s no need to hold a debate about it. It’s easier to cook without kids. BUT, it’s a good idea to make a special effort to include them sometimes. Maybe they help with one meal a week or just a task here and there like measuring flour or mixing up pancake batter. This helps them feel invested in meals (and more likely to eat them) and will also help build a  foundation for later on when they can make a meal for you. (I can’t wait!!!) 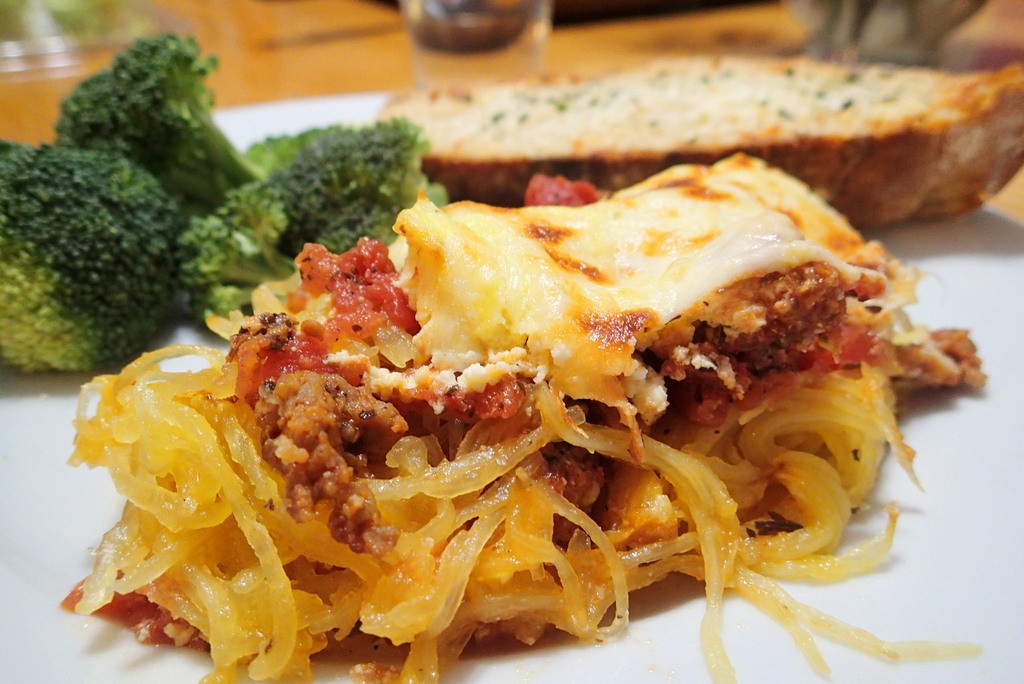 Get creative with your Veggies. I’ve told you about my pre-kid delusions of having kids that weren’t picky eaters, but again, despite my best efforts they’re pretty typical when it comes to consuming, or rather, not consuming vegetables. Because I think vegetables are important I still include them with every meal. Half the time I include them in their pure, recognizable form (in hopes that the kids will at least come to accept the presence of vegetables) and the other half of the time I sneak them in. My kids love green smoothies, frittatas with chopped up spinach, gnocchi al forno with spinach pureed into the sauce, and my Swedish Meatballs with Sneaky Veggies. When I’m not sneaking veggies into things, we try new veggies. Sometimes the problem isn’t that kids don’t like vegetables, they just don’t like the ones you’re giving them. We’ve discovered that our kids love popping peas and edamame out of their shells and will eat them because of the sheer fun of it. We also like trying new ways of cooking vegetables since sometimes the problem is in the bland preparation. (Honestly, I think this is a deterrent to many adults as well.) My son loves these dijon braised brussels sprouts and both my kids love roasted beets, this Vegetable Tian, and this Italian Style Spaghetti Squash.

Don’t pigeonhole yourself into “kid food.” I really enjoy eating, (Did you know that?) and the thought of eating boxed macaroni and cheese and hot dogs (both things my kids like) until my kids develop better taste absolutely depresses me. I’m honestly doubtful that I could go on living if that was my reality. The good news is, you don’t have to eat “kid food” just because you have kids. And no, I’m not talking about making separate meals, but just being smart in your planning and presentation. I mentioned that we try to eat one meal salad a week. Salad is not a quintessential kid food. If I plopped a Cobb Salad down in front of my kids they might pick at it, but probably wouldn’t eat much. But, when I break the salad down into its components: hardboiled egg, bacon, tomato, chicken, blue cheese, avocado, and lettuce my kids eat almost all of it. When looking at serving a meal that doesn’t seem immediately kid friendly, my best advice is to break it down, there’s probably something in there the kids will eat.

Rely on your sides. In spite of my best efforts of presentation, sometimes kids just have bad taste and won’t eat the delicious stuff I make them. As annoying as this is, it’s still important for kids to eat (especially if your kids are as skinny as mine!). Since we refuse to make separate meals for the kids and adults, we make sure to include a side I know my kids will eat. Recently we tried a Chicken and Blue Cheese Sausage over Sautéed Kale (from How to Cook Everything Fast) for dinner. Honestly, we weren’t even sure we were going to like it, so we had huge doubts about the kids. Noel had the sense to add rice as a side so the kids would at least get some sort of caloric intake. Almost any meal can be supplemented with rice, noodles, bread, or mashed potatoes which are generally hits with kids. (In case you were wondering the kale recipe was actually quite tasty and the kids even liked the chicken sausage part of it. I’d highly recommend.)

Kids do need at least a small amount of consideration when it comes to meal planning, but with a little effort, meals can easily still be a joy to eat for the whole family.

Lessons From a Broken Dishwasher