Posted February 5, 2015 by audrey under Tips and Tricks

Now that it’s February and Valentine’s Day is right around the corner, Red Velvet is taking over the world. I’m not a fan of food dyes and can’t say I fully understand the hype over unnaturally colored baked goods, but I was tempted by the challenge of naturally creating a dessert that could compete in the arena of brilliant reds I see popping up everywhere this time of year. 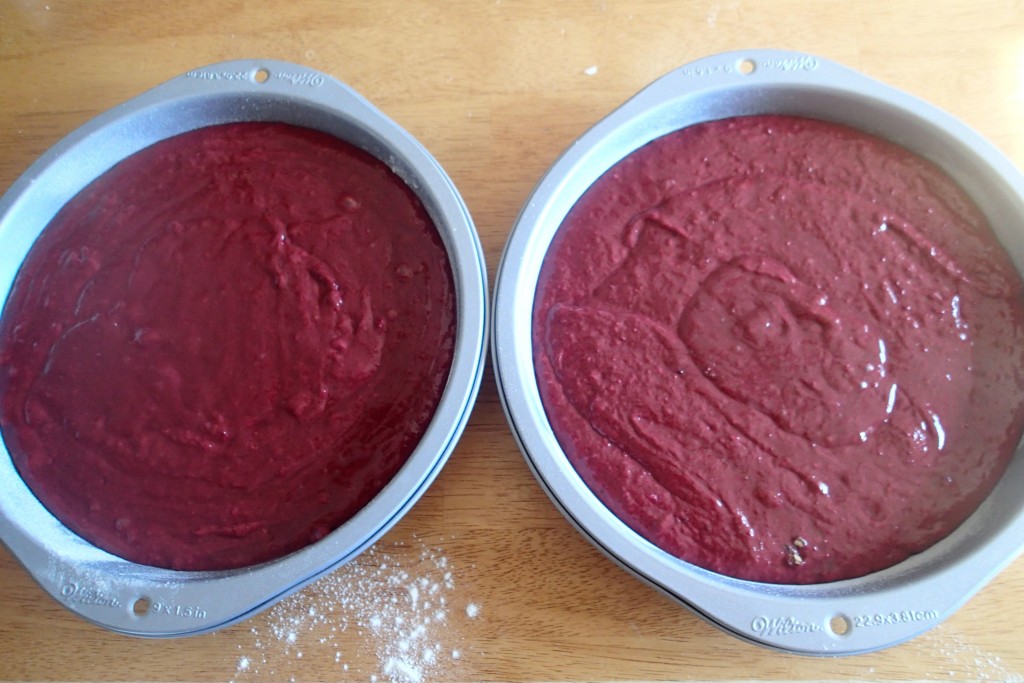 Red cakes about to undergo a disappointing color transformation.

This isn’t the first time I’ve felt compelled to tackle Red Velvet without food coloring. Several years ago the same quest called to me. In my research I discovered that Red Velvet Cake originally got its name because of the red hue the cake took on when vinegar was added. I tried it myself and while the chemical reaction pulled through for me the color continuity wasn’t quite what I’d expected. I ended up nicknaming it “the medium rare cake.” Thankfully it was much more appetizing than the name would indicate. 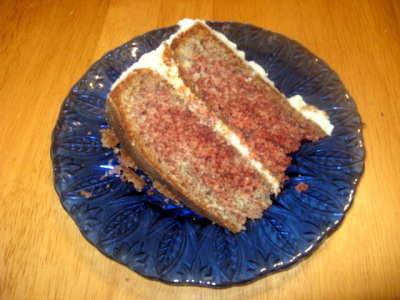 For several years the need to make a natural Red Velvet cake lay dormant, but this year it resurfaced and I was certain this time I would crack the Red Velvet code. I looked at countless recipes and decided the answer was beets. The trick though, would be getting the cake to not taste like beets as many of the natural red velvet cake recipes were criticized for. 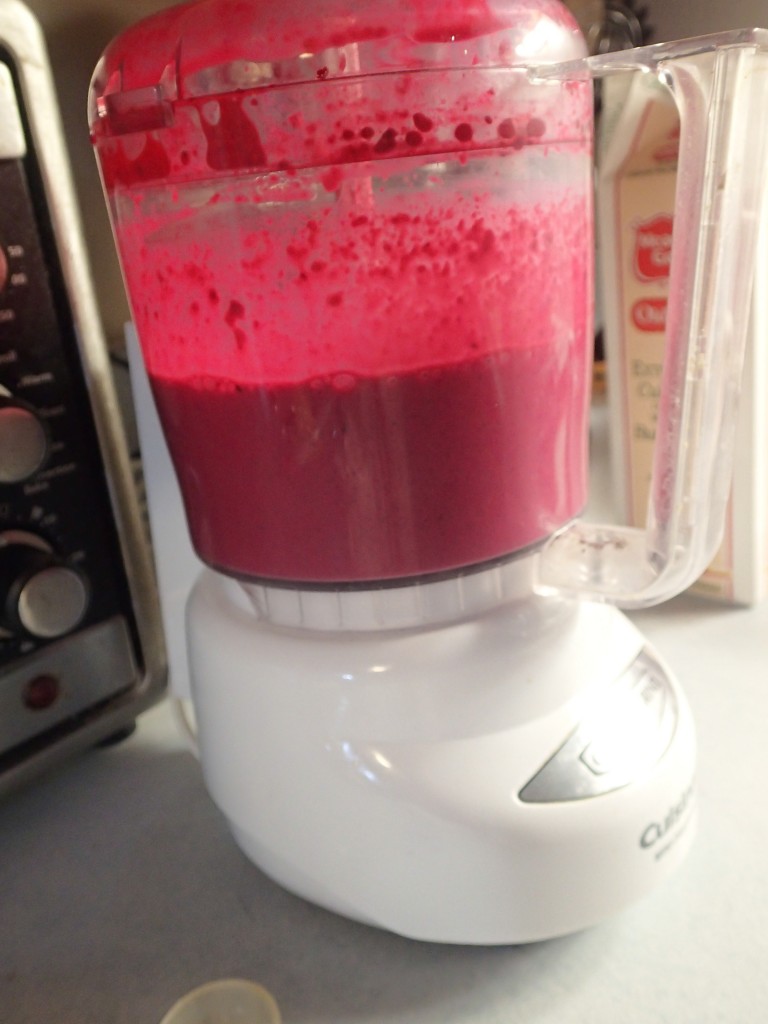 I tied my apron strings and stepped confidently into my kitchen – a woman on a mission. The first time I put a vibrant red batter in the oven I congratulated myself on a job well done only to pull a very brown cake out of the oven thirty minutes later. Undeterred, I played with the type and amount of cocoa and increased the beets and tried several more times, but even when I pulled a very red cake out of the oven and declared the battle won, I was disappointed when the first slice into the cake revealed a predominantly brown crumb. 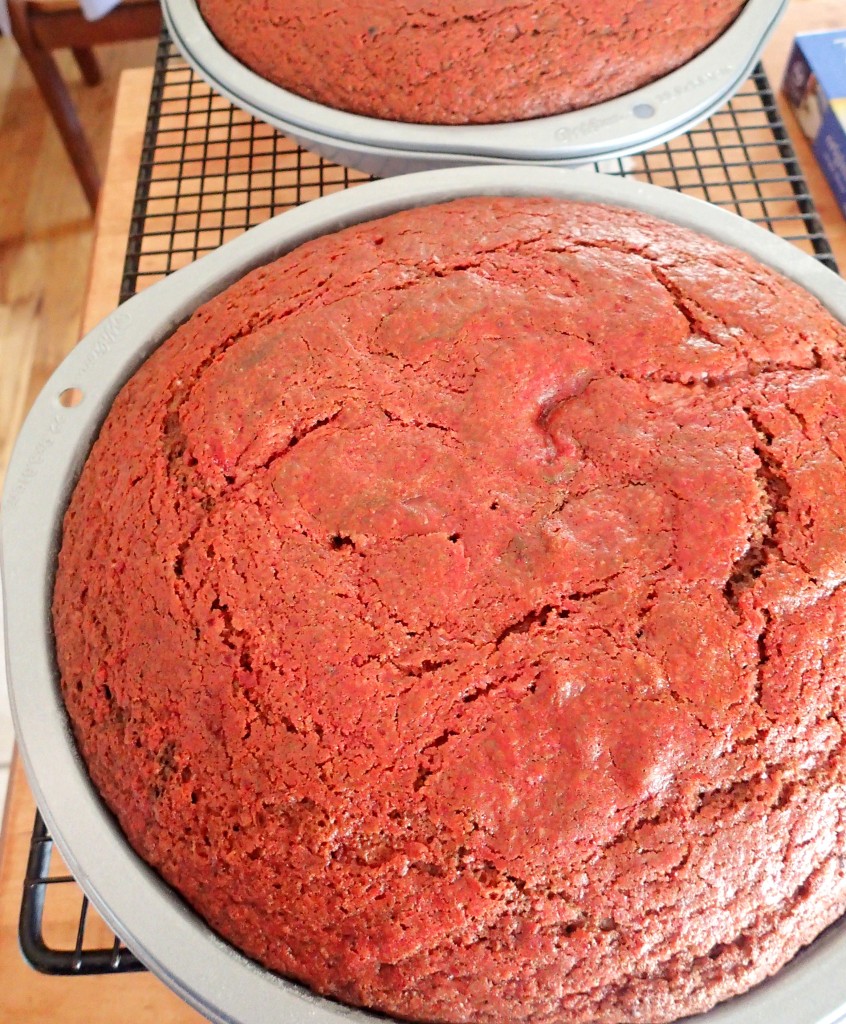 In a period of two weeks, I made three cakes and two dozen cupcakes. I threw impromptu cake parties, pawned them off on boy scouts, and still we had some leftover. Every dish in the kitchen was red, but the cakes weren’t. I was more than a little annoyed and honestly pretty sick of cake. Even Noel, who is an avid cake fan, told me it was time to stop. Dejected, I set aside my Red Velvet Cake aspirations for the time being. You can’t say I didn’t try. Perhaps it will bring you some comfort to know that even the best of us experience frustration in the kitchen now and again. And maybe, just maybe in a few years I’ll try again.  Or maybe I’ll  just definitively declare it doesn’t matter what color the cake is as long as it tastes good. Yeah, that seems like a better idea.* 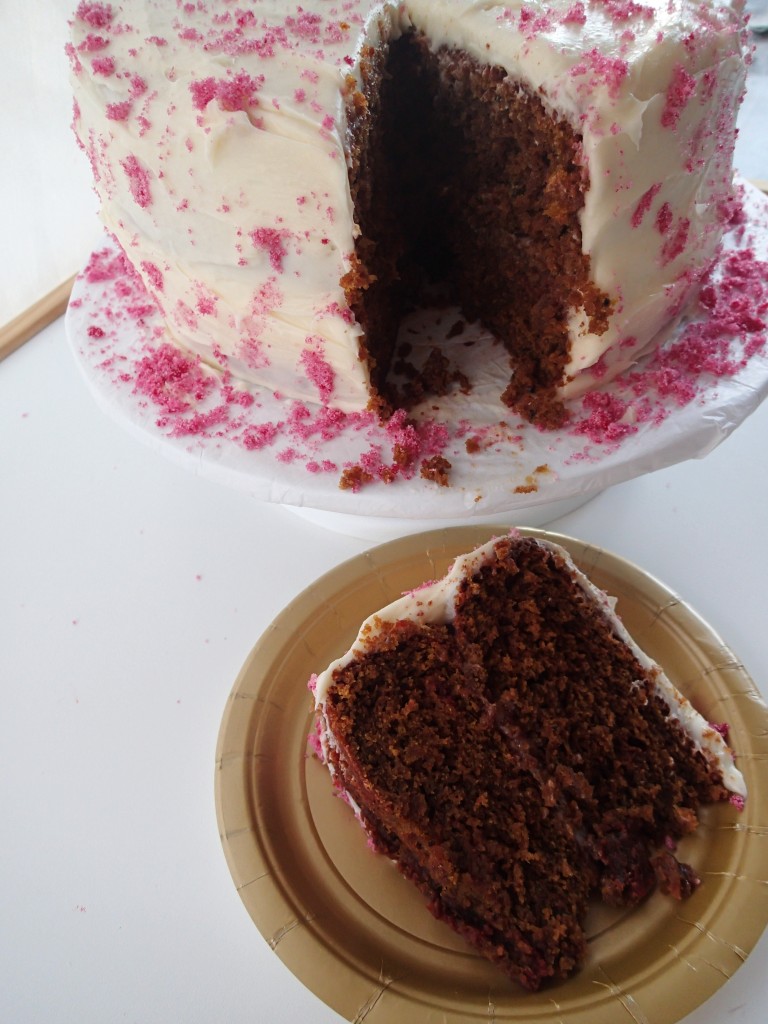 The beets may not have worked their magic on the cake, but it made for a pretty pink decorating sugar.

*If you’re looking for a great tasting Red Velvet Cake, I’d go with Smitten Kitchen’s. Just use 6 TBSP water instead of food coloring (and adjust for altitude if applicable) and you’ll have your very own “Medium Rare Cake.

TAGS: no food dyes,wall of shame

I’ve never been a fan of red velvet cake, to be honest. Just straight up chocolate for me, thank you very much! Good luck in your red velvet quest, abandoned or otherwise!

I totally agree! Now I just need to convince the competitive side of me that it’s not a battle worth fighting!

[…] the whole Red Velvet Cake debacle, I needed to regroup with a recipe that could reintroduce positive cooking vibes into my […]

[…] you may have gleaned from my red velvet cake post, we’re not too keen on food dyes. This can make life difficult when faced with the moral […]