Posted August 4, 2016 by audrey under Uncategorized 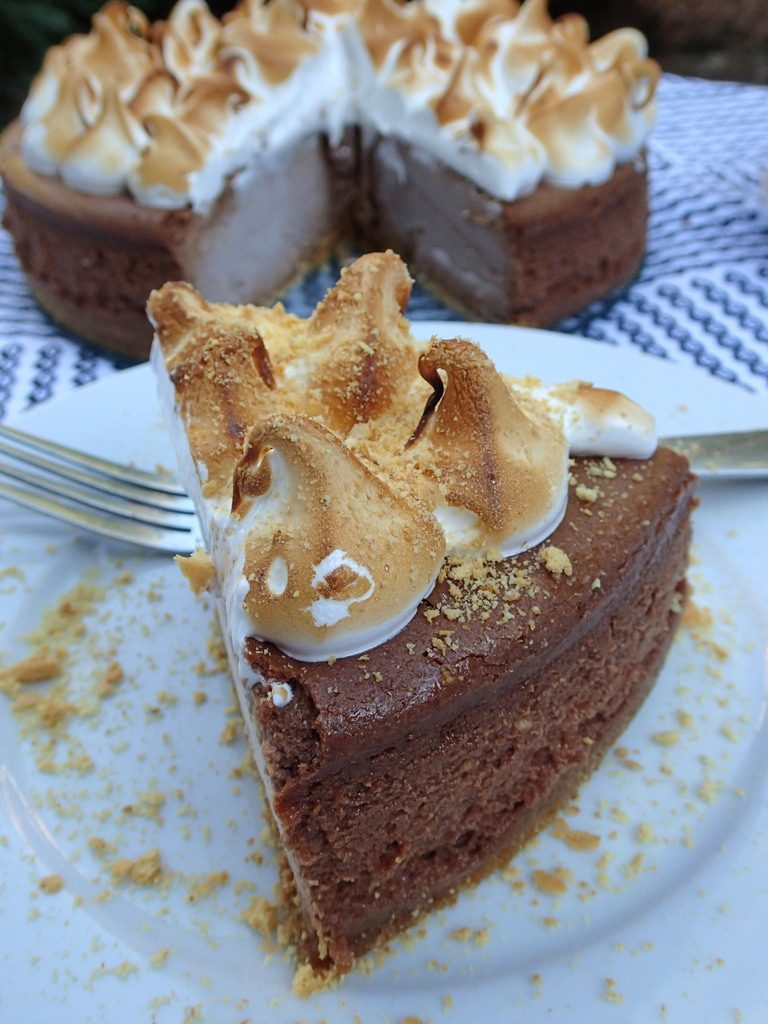 If you follow us on Twitter or Facebook you probably saw all the mouthwatering baking we were doing last week in preparation for National Cheesecake Day! One of the prettiest ones (and equally delicious, this one has both looks and personality) was this s’mores cheesecake. We actually developed the s’mores cheesecake a year ago for our first big cheesecake party and have revisited it for a few special occasions (including my big 30th birthday), but we kept eating it instead of taking pictures. My apologies for the gluttony that forced us to hold out on you for so long. 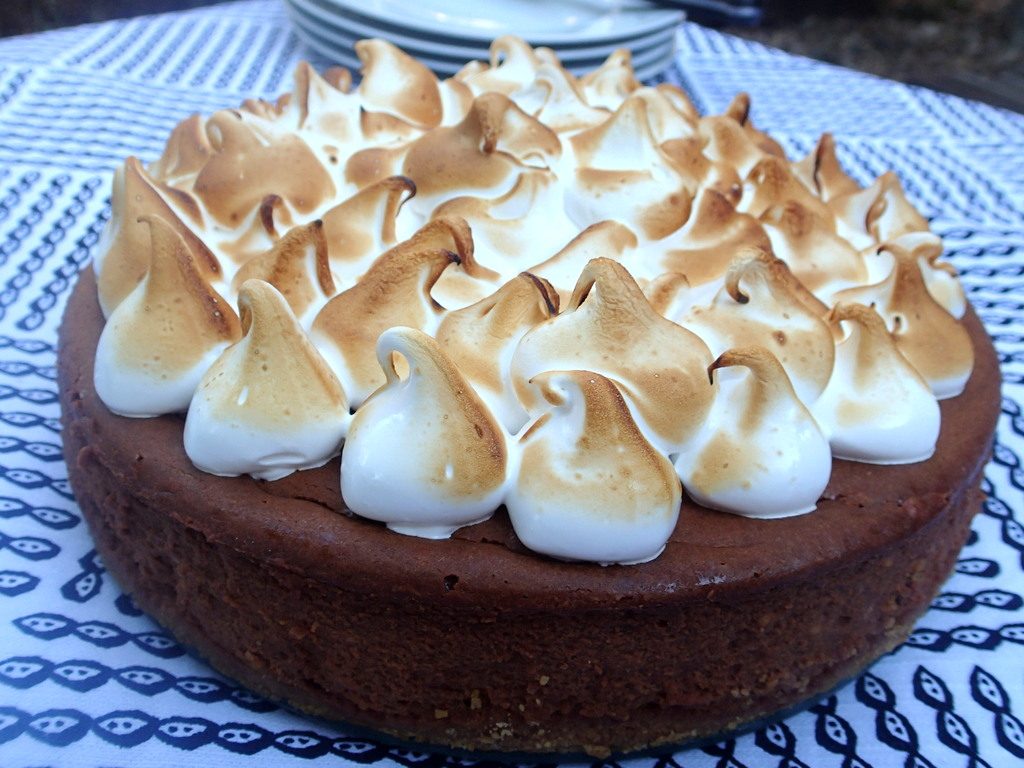 This cheesecake is a crowd pleaser. Beloved by both children and adults. It features a classic graham cracker crust, chocolate caramel cheesecake, and a toasted marshmallow meringue on top. The cake can be frozen ahead of time, but the meringue should be made as close to serving as possible. 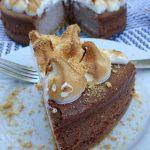 Much of this is inspired by Smitten Kitchen recipes. The cheesecake base is from Deb's Chocolate Caramel Cheesecake and the meringue topping is from her s'more layer cake in The Smitten Kitchen Cookbook. 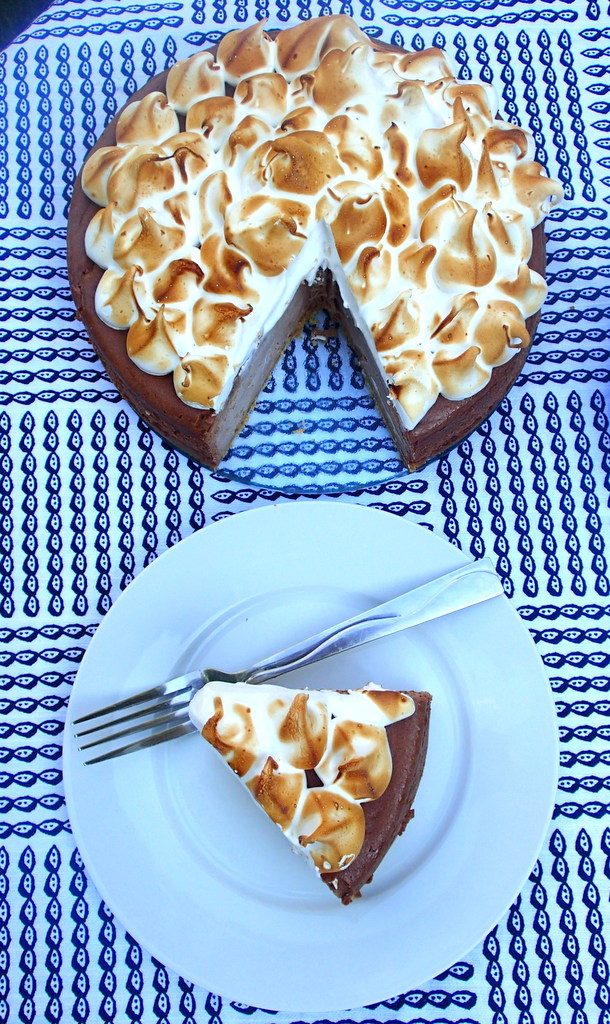 A few new recipes for our email followers