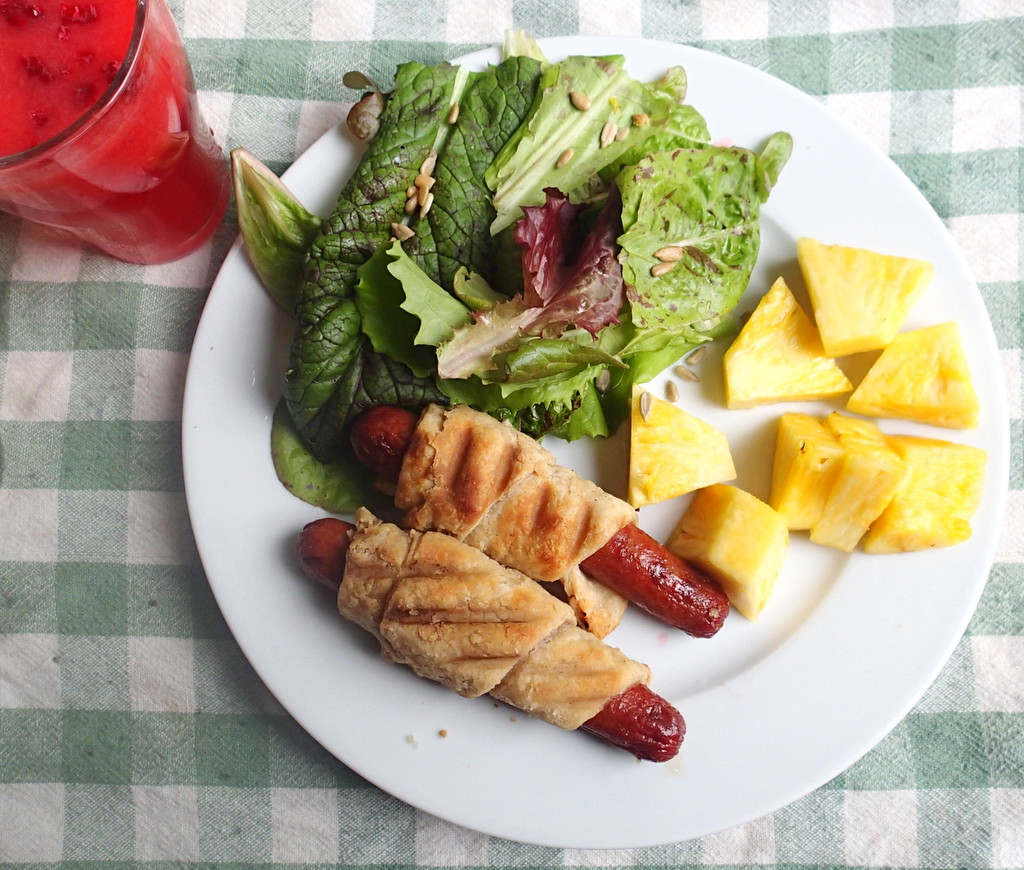 Until just a few years ago I had never intentionally eaten a hotdog. In the course of my life I had maybe gagged down four or five hotdogs when extenuating circumstances necessitated it. (On the verge of starvation on some wilderness excursion, out of politeness when eating at someone else’s home, and maybe once to impress a boy.) It was very un-American, but I hated hotdogs. Then I spent a Halloween in Vegas and my whole perspective changed. Unlike most people that go to Vegas for Halloween we spent the evening fully clothed passing out candy to neighborhood children and visiting with family. Noel’s aunt had laid out her usual impressive smorgasbord and she was doing her best to fatten me up. It’s eerily similar to that scene in My Big Fat Greek Wedding where the mom asks Ian if he’s hungry and he says “Oh, no I already ate” to which she replies, “Okay, I’ll make you something.” 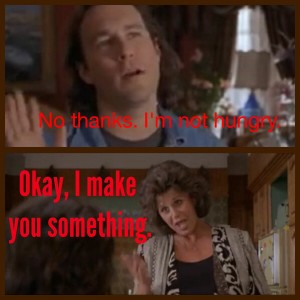 Apparently pigs in blankets is a family tradition and there was no way I was going to be able to weasel myself out of eating one. A plate materialized in my hands and I faked a smile as I lifted the blanketed hotdog to my lips. I braced myself for the worst and was shocked when I was not repulsed, but rather delighted. As it turns out, when you wrap a quality dog (I mean, Hebrew Nationals do answer to a higher authority) in a pillow of buttery croissant dough even I will like it. I’ve made a few of my own Pigs in Blankets for Halloween since that night, but have been trying to find a homemade alternative to the “family recipe”  (hot dogs and Pillsbury croissants) and I think I’ve finally nailed it. The dough is a cheater puff pastry with whole wheat flour in it. It is still flaky and delicious, but not as time consuming or as drippingly buttery. The grilling adds a nice flavor and the final product was a hit with even the toughest critics in our family. 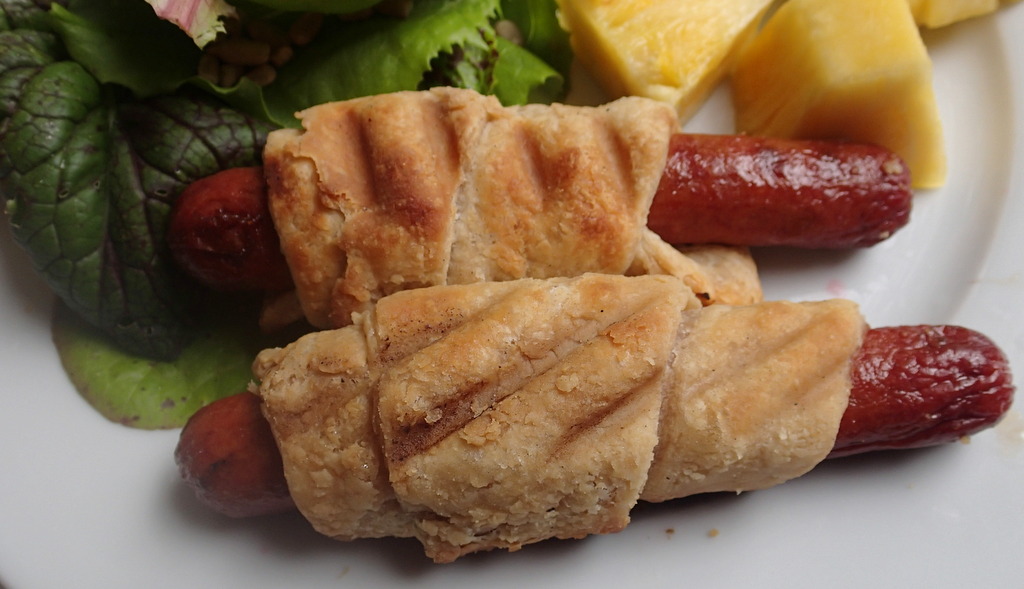 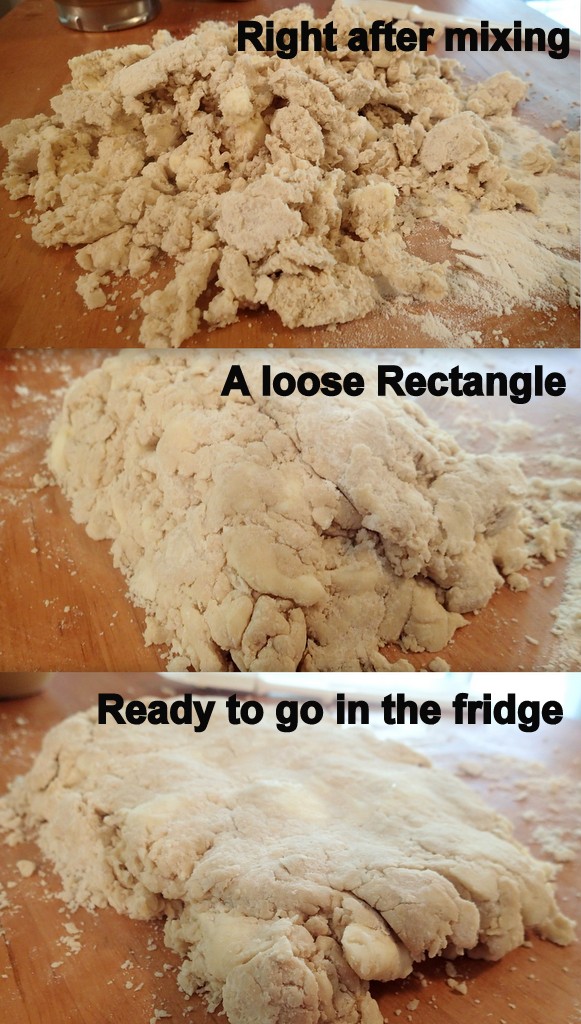 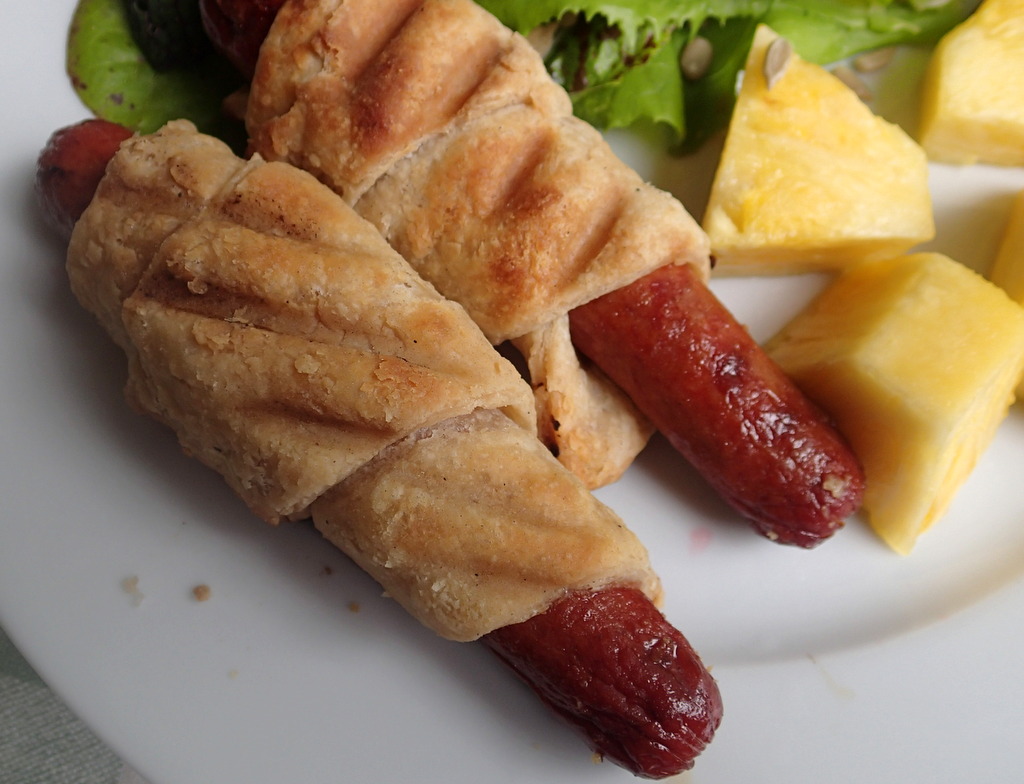 Cool! I never would have thought to grill a hotdog in dough, although I have cooked them over a fire that way! I’ll have to give it a whirl! Your food photography is amazing…i want to just reach in and grab a bite!

They’re pretty tasty if I do say so myself. Thanks for the photography compliment. I guess if you take a bazillion photos a few of them will turn out good. Thank goodness we aren’t using film!

[…] is guaranteed to be there. I was first introduced to the dip by Noel’s aunt, the same one who changed my mind about hotdogs.  When you go to her house and sit in her kitchen you immediately feel at home. Food appears on […]