Posted November 4, 2014 by Noel under recipe 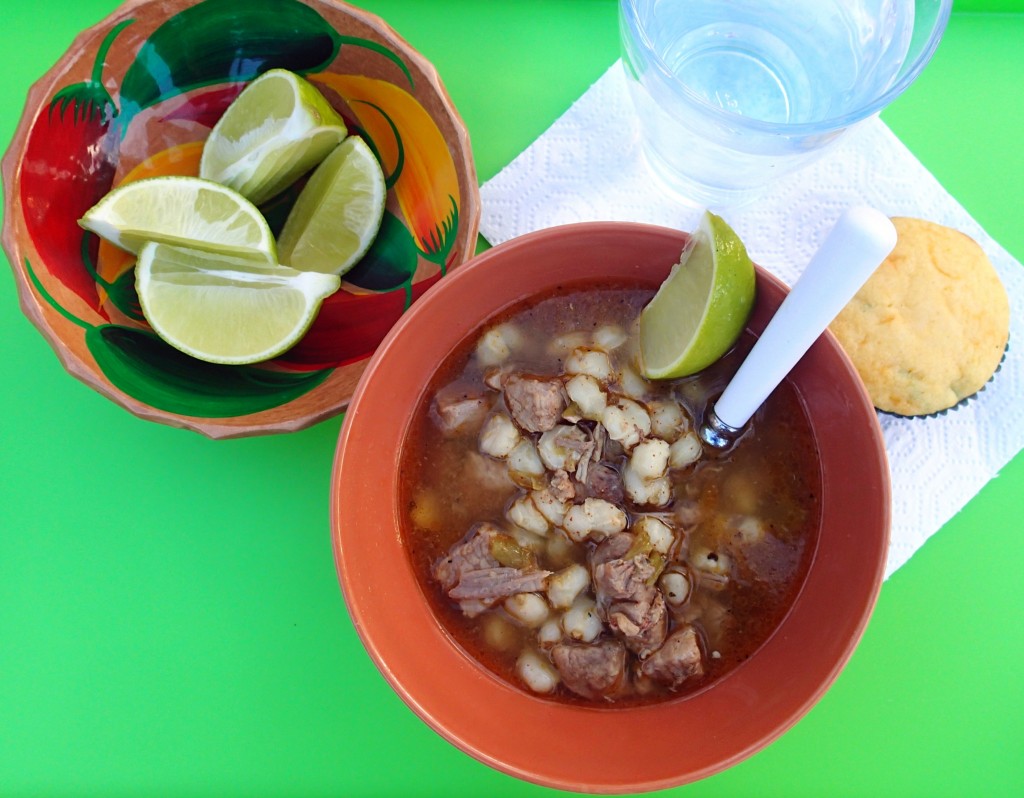 I’ve spent way too long scouring the Internet trying to figure out exactly what kind of perversion of an authentic Mexican stew we have created here. I don’t really have a straight answer for you. My best guess is that it’s a version of something like a New Mexican posole stew that’s been grabbed by the neck, dragged north, and Coloradified by adding green chiles. So, my apologies to any who might be offended by this wacky hybrid of a soup.

Our main motivation with this creation was to create something we could take to a chili cook-off that was low in FODMAPs. FODMAPs are certain foods that are not easily digested in the small intestine and can have distressing gastronomic consequences for some people (myself included). For the past few weeks I have been on a low-FODMAP diet / science experiment to figure out what foods are triggers for me. Honestly, it can be a frustrating learning process and can feel very restrictive, because it is very restrictive. A chili cook-off is a minefield of FODMAPs. I think we all know this on some level (beans being a musical fruit and all). The problem is that I really love chili. This soup made it so I could participate in the seasonal festivities and not regret it later. The good news is that there’s no compromise on flavor. It’s not chili, but it is a hearty stew with enough heat to warm you up on a cold fall day.

The chili cook-off was a success too. We won some pretty sweet glow sticks. 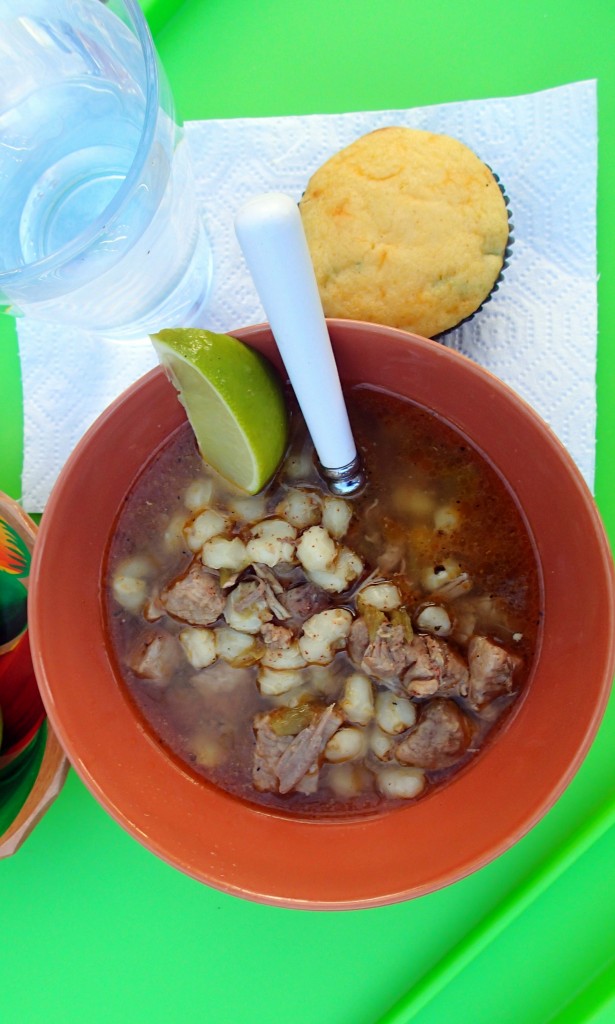 Best Breadsticks and a Blogoversary

[…] we warmed up by snuggling and watching The Lego movie and eating posole. Yes, EVERYTHING WAS […]

[…] that’s in a main dish like our chicken in cilantro lime cream sauce, as a garnish like in our pork posole, or in a delightful dessert (I’ve got these Coconut Lime Cupcakes on my Recipes to Try […]

[…] Dinner time is when it got dangerous. I was opening a gigantic can of hominy to add to our posole that had been simmering away all day. Our can opener seems to be designed for standard size cans […]