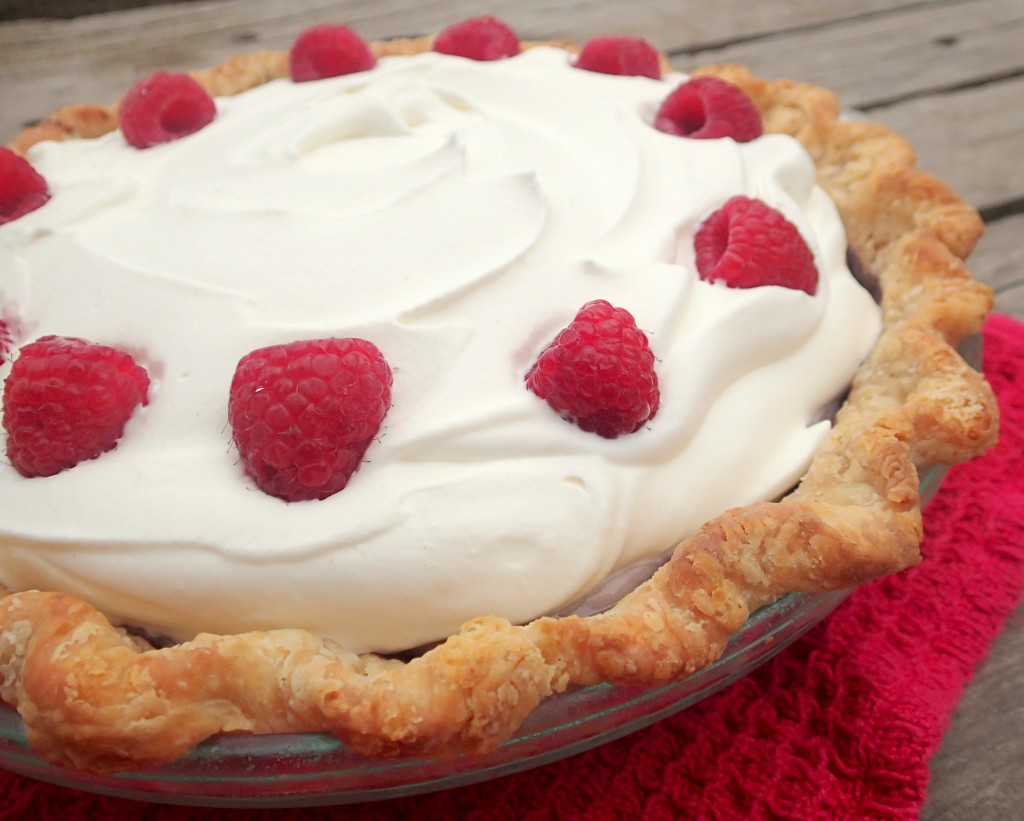 Happy pi(e) day! Don’t worry, if you missed digging into a great slice of pie this morning, you can still have an epic pi(e) day celebration when 9:26pm rolls around. That gives you plenty of time to bake and properly chill this pie.

In my hometown there’s a little restaurant of local fame called Maddox. At some point in my youth, my parents took me there for a special birthday dinner and I got a complimentary slice of raspberry cream pie. I don’t remember how old I turned that year, but the delicious taste of that pie has stayed with me over the years. When I went looking for raspberry cream pie recipes, most of what Google produced were what I call “cheater pies” –  recipes that had you mix a bunch of raspberries with a tub of cool whip. The more legit recipes missed the mark in one way or another, they were more cheesecake than pie or only folded the berries in at the very end without imbuing the raspberry flavor into the pudding. Clearly, it became necessary for me to figure this out on my own. Sometimes recipe development is slow for me and takes many tries, but I struck this one out of the park on my first try. This pie met and then with a little hint of chocolate, exceeded the memory of my youth. (Bonus, the chocolate addition keeps your crust from getting soggy!) 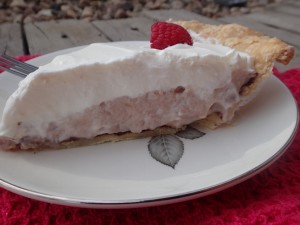 […] delicious, not to mention cute since the staff is 100% female. I’m still under the spell of my latest creation, so I quickly decided a mini version was in order. The mini version takes a little more time, but […]