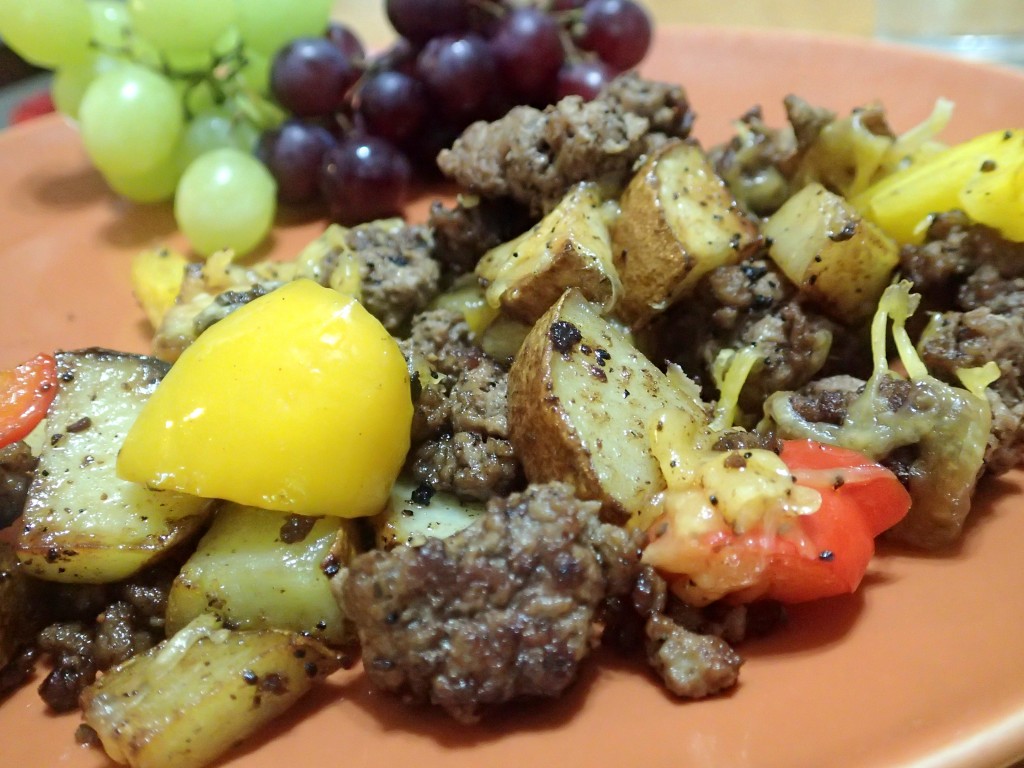 Back when Noel and I first met, long before The Dirty Dish Club was even a twinkle in our eyes, we spent a romantic night in making tinfoil dinners. We chopped up the veggies, nestled them against patties, and wrapped them snuggly in foil. Our cooking prowess was still in its infancy and our kitchen tools rudimentary, but none of that mattered because we were in love. Or at least at first it didn’t matter because we weren’t hungry yet. As time marched on and the vegetables remained crisply raw and our stomachs started to grumble, we became less enamored with our plan for the evening. After two hours of incremental oven temperature increases we threw in the towel and picked over our undercooked meals. Charcoal trumps college dorm ovens every time. 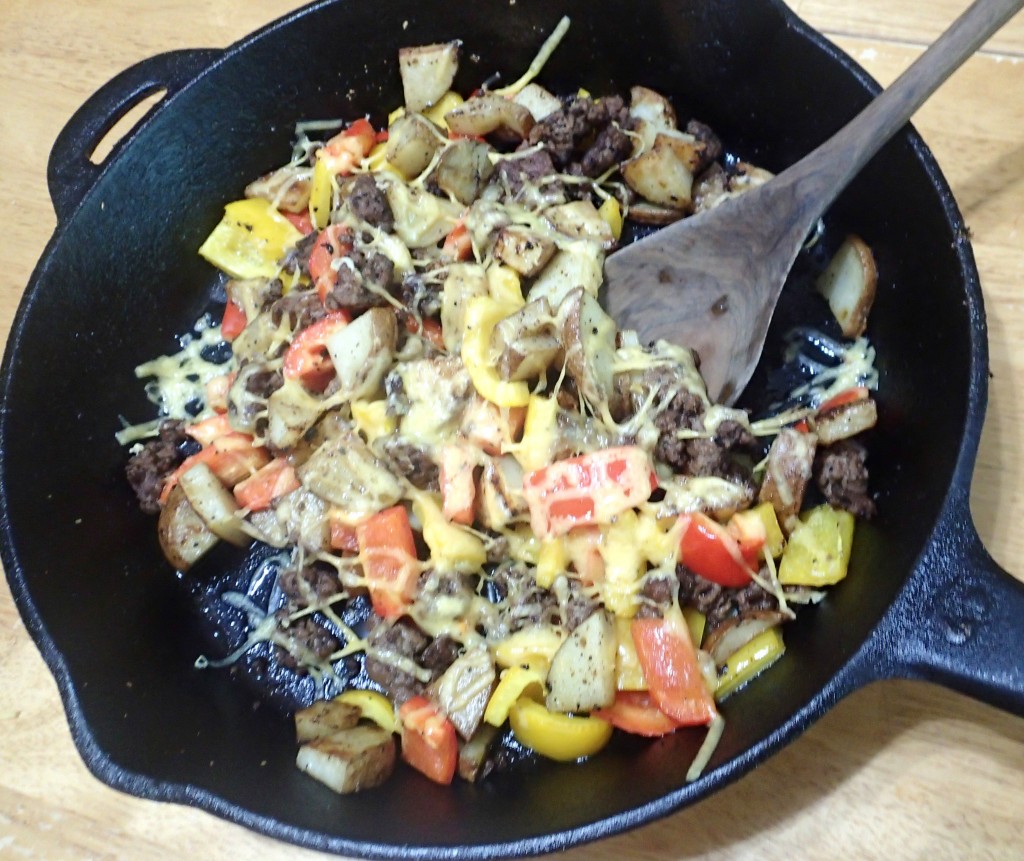 We’ve gotten a lot better at tinfoil dinners, both in the oven and over coals, but most nights we don’t have the time or patience the foil version requires. Thus, the skillet hobo dinner was born. All the flavors of the delicious campfire classic, but less wait time. 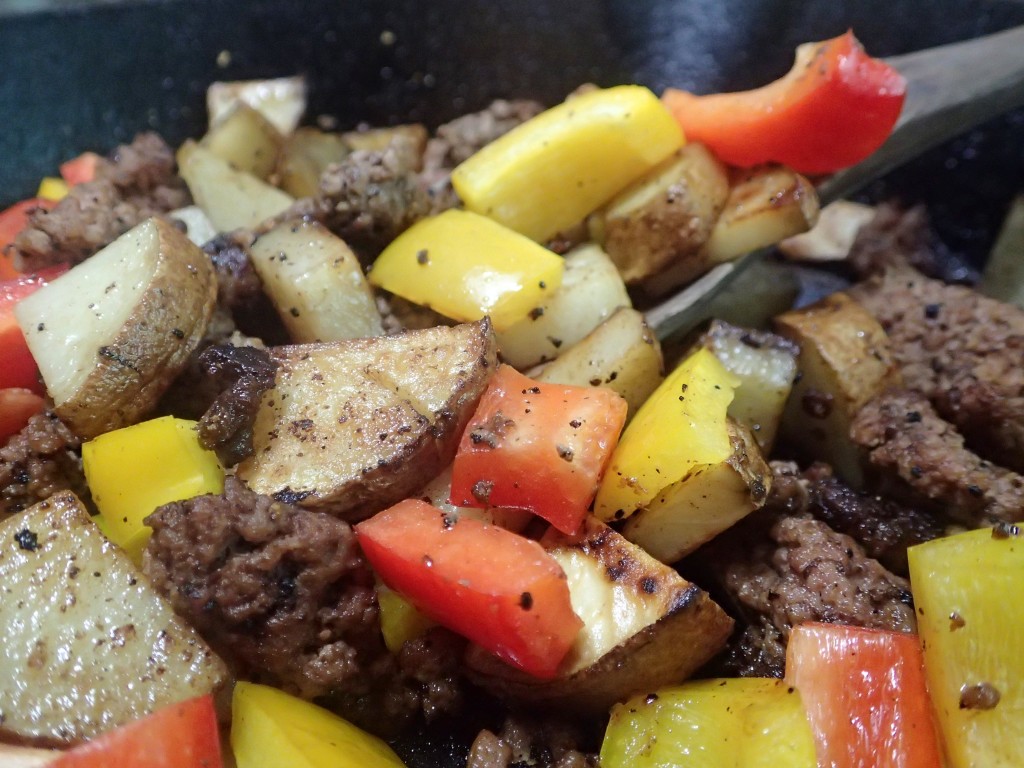